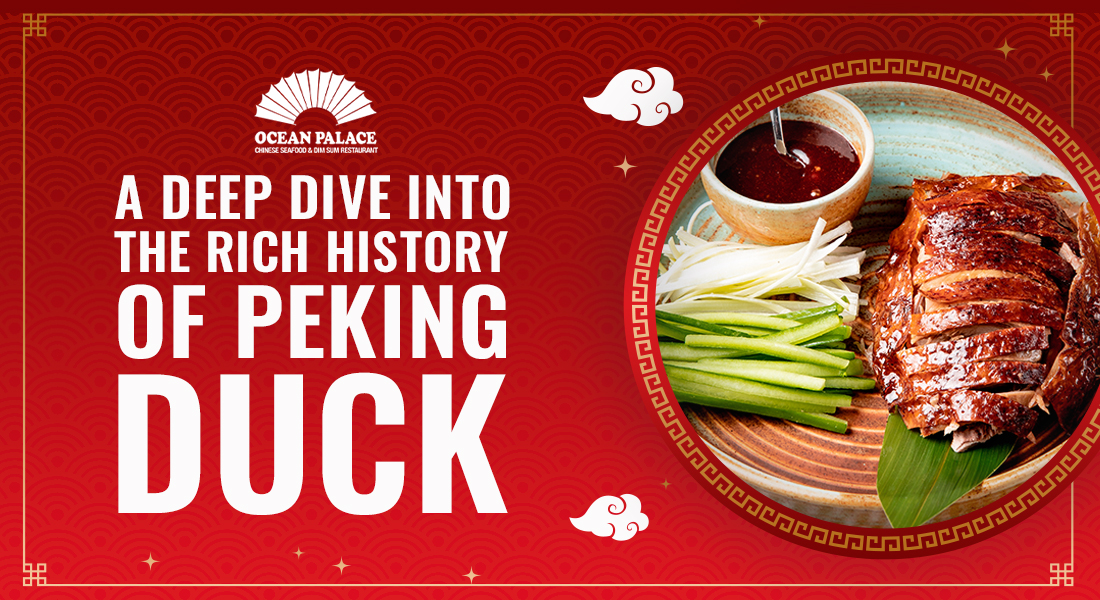 There is a broad range of dishes that comprise Chinese cuisine and make it as special as it is today, and very few come close to Peking duck in terms of flavor and cultural significance.

The dish is undoubtedly iconic, with a crisp and delicate layer of skin and sweet, succulent meat enhanced by traditional Chinese spices and refined cooking techniques. To even the most particular eaters, it’s easy to see why Peking duck is exceptional.

But there’s something else about the dish that’s as special as the sensory experiences it provides and the craftsmanship it entails: its rich history.

The History of Peking Duck

Spanning back to the 420s, the story of Peking duck finds its roots deep within the Northern and Southern Dynasties of the time—a glimpse of the rich history that was to come.

Peking duck began as a dish only fit for royalty when royal dietary physician Hu Sihui experimented with duck meat in the early fifth century. The physician explored various ways to use the then-new ingredient by requiring it to be prepared inside a sheep’s stomach, which is a method still being used today.


Later down the road, gatekeeping was set aside as the dish found its way into Peking (now known as Beijing). In the city, culinary experts further improved the dish after it was brought by the Ming Dynasty from Nanjing—they used various additional methods to bring out its full potential.

In what was arguably a significant turning point in the dish’s history, Peking duck flourished in terms of popularity during the Qing Dynasty as it became a special item on menus all over the country. During this time, skilled cooks dabbled into incorporating now-staple methods such as hanging, the hung oven approach, and skin separation, going a long way towards developing the dish.

Regarded as one of the most famous Beijing dishes to date, Peking duck is commonly served as either an appetizer or afternoon snack. It is served as thin, tender slices of roasted duck meat paired with a supple helping of uniquely prepared crispy skin, all wrapped in a thin crepe. While many enjoy the dish on its own, historians and culinary experts believe that its impact is further elevated when it is paired with cucumbers, hoisin sauce, and spring beans.

At Ocean Palace Restaurant, we take pride in only using the freshest, best, and most authentic ingredients that are supposed to be found in every serving of Peking duck, namely:

While the ingredients of the dish play an integral role in its taste, smell, and look, much of its appeal and flavor also comes from the methods employed to prepare it.

For instance, one or two-night marinations are standard in Peking duck prep because it allows the spices to fully seep into the meat and enrich its flavor. On the other hand, inflating a duck from neck to tail has also become another critical part of the preparation process because it helps the dish achieve its famous crispy skin.

When you find yourself with the opportunity to partake in Peking duck and enjoy its rich flavors and textures, it helps to look back on the dish’s history as well. By being more mindful of the journey the dish embarked on to become what it is today, you’ll be able to enjoy and savor every bite even more.

Ocean Palace Restaurant takes immense pride in being the top Chinese restaurant in Houston and the place to be if you’re looking to experience iconic dishes like Peking duck, Dim Sum, dumplings, and egg rolls. Call us today to reserve a table for your next meal!