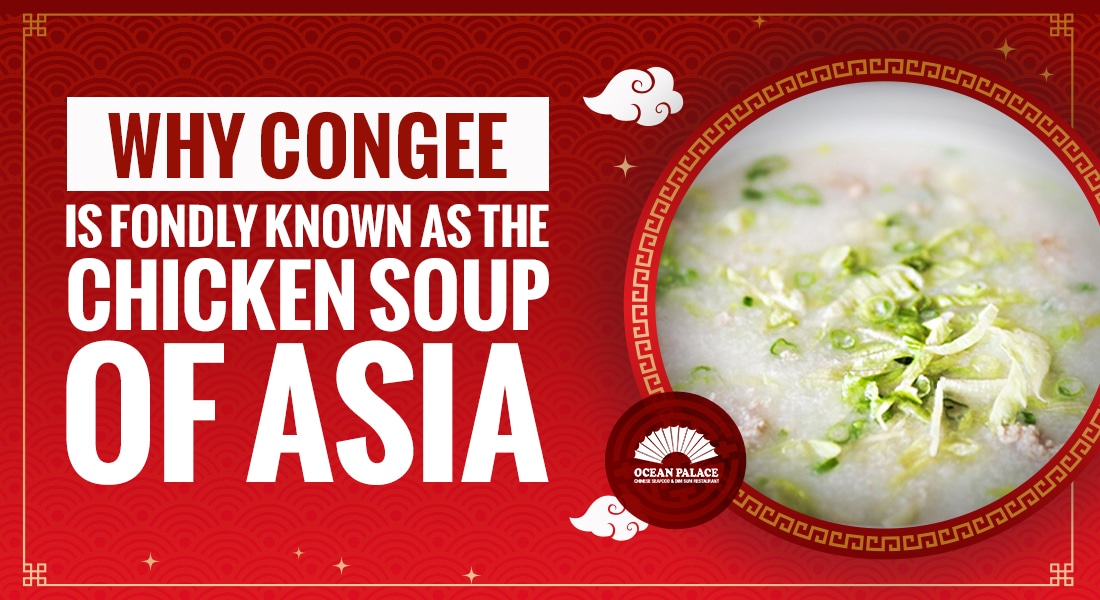 Chicken soup is known for offering a sense of warmth and for being absolutely yummy. What some may not know is that there is an Asian alternative: congee. Congee is a traditional rice porridge that aids in recovery when you’re feeling tired, sick, or cold. It can even fill the need for comfort food. It’s no wonder that it’s one of the highlights in the menu of the best Chinese food delivery options in Houston.

How is congee made?

Congee is actually rather simple to make: rice is boiled in a large amount of broth or water over low heat. Wait for the rice to turn mushy and break down. It can be eaten plain with a bit of soy sauce or salt, acting as a fantastic complement to any meal. However, it can be made into a main course by adding tofu, vegetables, and/or meat. While there are a number of savory options for congee, it should be noted that it can also be sweet.

Typically, there is no set time of day or particular meal that congee must be eaten at. However, it’s become a favorite choice when it comes to breakfast or dim sum. Youtiao (fried dough sticks) is dipped in them by many people, something akin to how a slice of bread is eaten with chicken soup.

Why is congee so popular?

Congee has been prepared by the Chinese since ancient times. It has since grown popular in a number of other Asian countries like Malaysia, Korea, and even India. The name of the dish, “congee,” stems from a Tamil word: “kanji.” In Mandarin, the dish is actually called “zhou”; in Cantonese, it’s “jook.”

In Western culture, spiritual healing and comfort are symbolized by chicken soup. A great example of that mindset is the healing and inspirational story compilations “Chicken Soup for the Soul,” which are wildly successful books. The cultural identity of Asians has also seen the entry of chicken soup, with songs and poems about how it heals.

There are several benefits of healing that come with chicken soup that it actually shares with congee. This includes weight loss, fighting off colds, and assistance with digestion.

There’s even a Southern Cantonese song that lists many of congee’s vital healing properties:

As previously mentioned, there are a number of ways to make congee. This means a number of varieties are available. This includes celery congee, which helps the large intestine and is cooling in the summer. Additionally, there’s aduki bean congee, whose properties are diuretic.

When you’re craving the best Chinese food in Houston, don’t forget to get congee. Essentially, it’s rice boiled in a broth or water, making a simple yet lovely soup. It’s considered the chicken soup of Asia because of how comforting and healing it can be.

Looking for a Chinese restaurant in Houston that serves congee and other Asian comfort food? Visit Ocean Palace Restaurant today! We’re located in the heart of Chinatown at the Hong Kong City Mall.